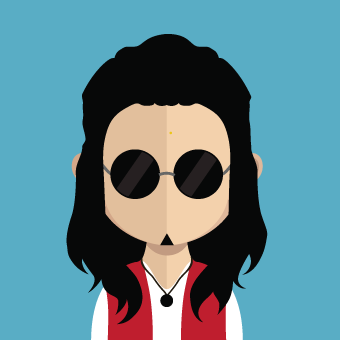 My name’s Sally Bickford. Thanks for stopping by my website. I’m going to share a bit about myself and why I started using natural supplements. Then I hope to pass on more information about these supplements and how they may be able to help you. I’m 46 years old. At the age of 22, I was diagnosed with Ulcerative Colitis. I take a few different medications for UC, some only when I’m experiencing a flare-up, others I take for life flared or not. About ten years ago I began having trouble sleeping. My doctor gave me some pills to help with that. A year later I began having anxiety attacks, more pills. The past few years we've added pills for other ailments. Then the pills started to affect my already sensitive colon. This was when I started taking natural supplements.

Every case of scoliosis is different. Some cases do not require treatment at all, and they either correct themselves or perpetuate without causing any symptoms. Other cases can be corrected, at least to a certain degree, by having the patient wear a brace for about a year or so. Still other cases require surgery.

How do you know whether a case of scoliosis requires surgery? Well, there are a few factors to consider.

What is the degree and shape of the curvature?

Most patients with mild to moderate curves in their spines do not require surgery. The more severe the curve, the greater the chances that surgery will be needed. When the curve progresses past 25 degrees, doctors typically start to consider surgery as an option. Milder curves may be observed or treated with a brace instead.

Doctors also consider the shape of the curve since some shapes are easier to correct non-surgically than others. A simple curve to the right or to the left is generally able to be corrected with a brace, especially when the curve is less than 25 degrees. A double curve, in which the spine curves left and then right, is much harder to correct non-surgically and often requires surgery.

How has the curvature changed over time?

Doctors will also look at how the curve has progressed over time. If it seems to be becoming less prominent over time, then they'll likely recommend waiting a little longer to see if the curvature continues to correct itself. On the other hand, if the curve is becoming more and more severe as the patient grows older, surgery is often recommended to correct the scoliosis before it gets any worse.

How bad are the symptoms?

Every body is different. Some people can have a pretty significant curve, but without any pain, mobility limitations, or other symptoms. Other people may have debilitating symptoms even though their curve is not that dramatic by the numbers alone. If symptoms are beginning to prevent the patient from participating in basic physical activity, wearing "normal" clothing, attending school, or otherwise enjoying and taking part in life, then this is a reason to pursue surgery.

Scoliosis can be a mild condition or a very serious one. Every case is different, so it's important to see a doctor for ongoing observation. If they believe surgery is necessary, they can refer you to an orthopedic surgeon who specializes in this condition.